Biology, as introduced by expert contributors and brought to life by your teacher. This Cells as the Basis of Life module explores the fundamental unit of life and it's amazing complexities.

Centre of Excellence for Translational Photosynthesis

This course has been created as a partnership with the Centre of Excellence for Translational Photosynthesis. You can find out more about the centre and those who worked on the meriSTEM biology course at http://photosynthesis.org.au/ and below.

Professor John Evans’ research focusses on improving light use efficiency and manipulating CO2 diffusion inside leaves. He is internationally renowned for his research on photosynthesis in relation to nitrogen, light and leaf anatomy, and understanding the CO2 diffusion. Since gaining his PhD in 1984 he has been researching photosynthesis for 30 years. He has held postdoctoral positions in the UK and CSIRO Plant Industry. He was awarded a Queen Elizabeth II fellowship in 1988. 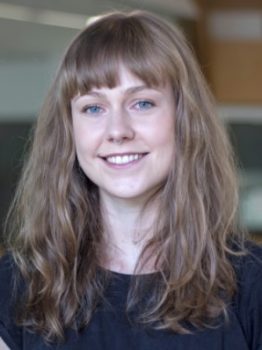 Angela works under the supervision of Dean Price at the ANU Node of the ARC Centre of Excellence for Translational Photosynthesis. She recently completed mid-year Honours with Viv Rolland (CSIRO) for which she received an ANU University medal. Her work revolves around transient expression of transgenes in tobacco combined with high resolution confocal imaging for chloroplast and carboxysome localisation. 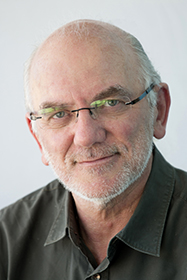 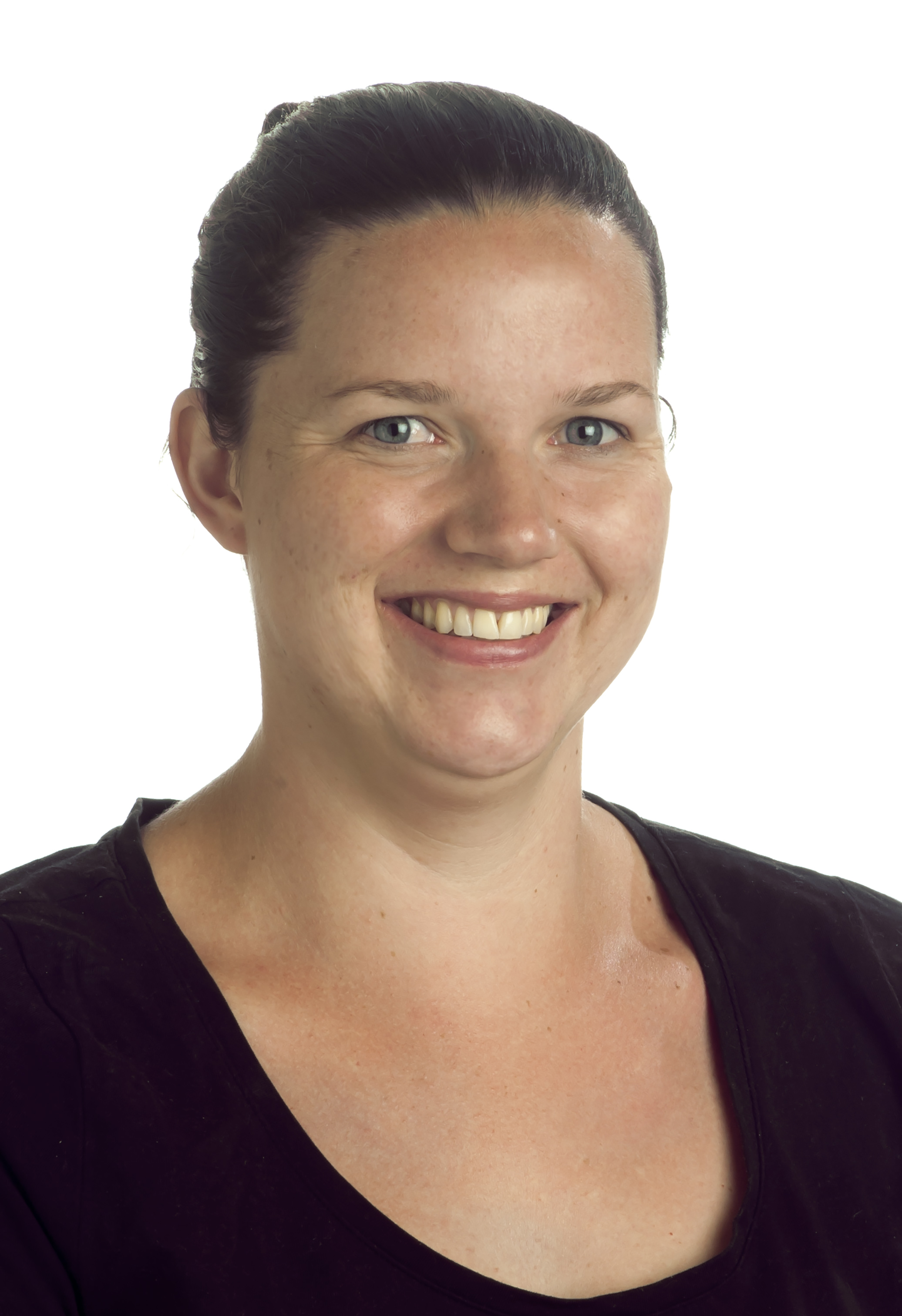 Dr Tory Clarke’s research uses next generation approaches to exploit phenotypic variation in photosynthesis efficiency to increase wheat yield. Tory has a diverse plant science research background, researching in areas such as plant hormone biosynthesis, legume nodulation and most recently nitrogen allocation in plant leaf cells using proteomics to determine absolute quantification of cellular protein components. Tory obtained her B.Biotech (Hon) at the University of Tasmania in 2008 and her PhD in Plant Molecular Biology at the University of Sydney in 2014. 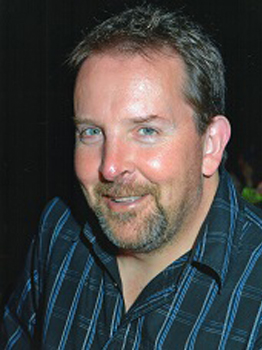 Professor Spencer Whitney’s research focuses on utilising novel biotechnological tools to scrutinize the biology of the biospheres most abundant protein, the photosynthetic Carbon dioxide-fixing enzyme Rubisco. Spencer undertook his Bachelor of Science (Honours) and PhD at James Cook University. From 2004 to 2009 he held an ARC Research Fellowship and from 2009 to 2013 held an ARC Future Fellowship. 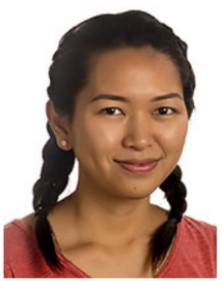 Suyan has recently joined the ANU Node of the ARC Centre of Excellence for Translational Photosynthesis as a technician working under the supervision of Dean Price. She completed her Honours last year with Barry Pogson at ANU, looking at novel SAL1 chemical inhibitors. 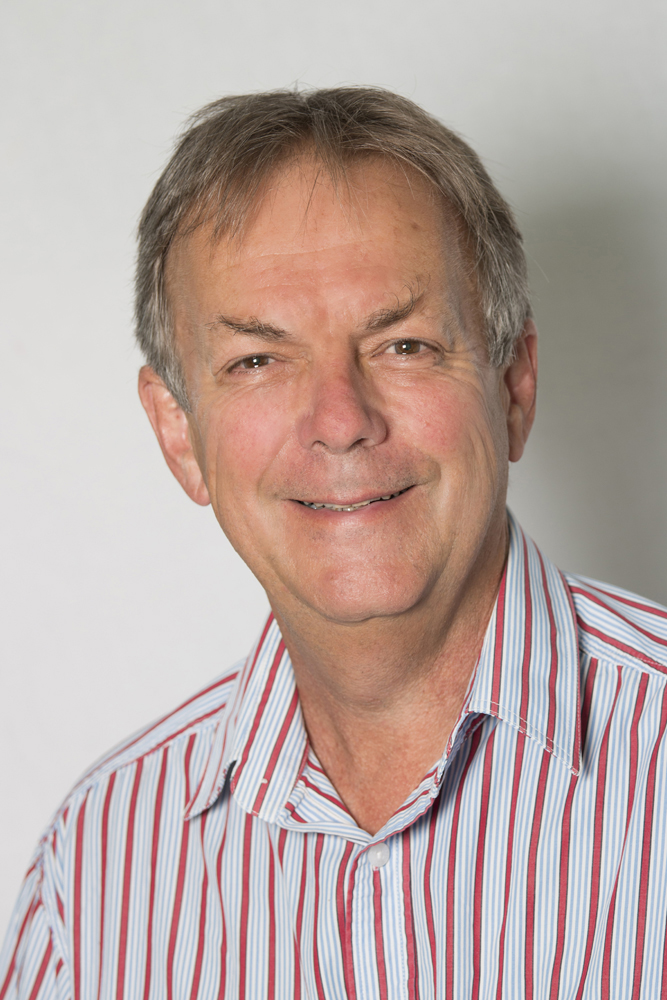 Professor Robert (Bob) Furbank is the Director of the ARC Centre of Excellence for Translational Photosynthesis. He currently works on improving photosynthesis and yield potential using plant phenomics techniques and by genetic manipulation in crop plants; developing new tools for plant phenomics and imaging plant performance in the glasshouse and the field and mechanisms of abiotic stress tolerance in cereals. Bob was awarded a Bachelor of Science (first class Honours) from the University of Wollongong, in 1979. He completed his PhD at the Australian National University, in 1982. 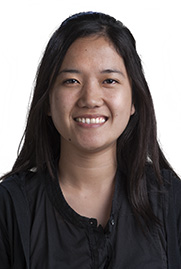 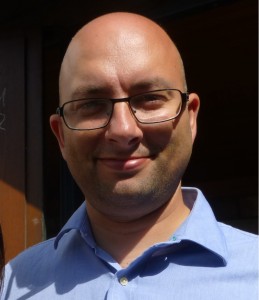 Miguel did his PhD under the supervision of Professor Christiane Funk at the University of Umea, Sweden, and Professor Wim Vermaas at Arizona State University, USA. This allowed him to benefit from the knowledge of both laboratories and spend half of its PhD time in each institution. His thesis, titled “The small cab-like proteins in the cyanobacterium Synechocystis sp.PCC 6803”, focused on the functional characterization of these one-helix chlorophyll binding proteins. In his first post-doc appointment at the University of Algarve, Miguel acquired multiple bioinformatics skills under the supervision of Dr. Matthias Futschik. Currently, Miguel is applying his acquired knowledge to complete the genome analysis of the chlorophyll-f containing cyanobacteria H. hongdechloris. Later, he will investigate the molecular mechanism of light-harvesting complexes using red-shifted chlorophylls by using in vivo and in vitro technologies. 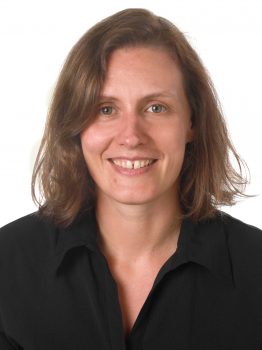 Dr Caitlin Byrt’s current research is directed at modifying the function of plant membrane and solute transport mechanisms, and using these mechanisms to improve plant resistance to environmental stress. Caitlin obtained a PhD Plant Science from the University of Adelaide in 2008, and a Bachelor in Agricultural Science (Hons) in 2004 from the same university. 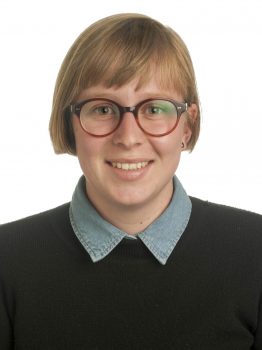 Sally is doing a PhD with Professor Spencer Whitney, at ANU. She previously studied at the University of Western Australia. Sally completed a summer scholarship at ANU in 2016/17 during which she studied the directed evolution of Rubisco. 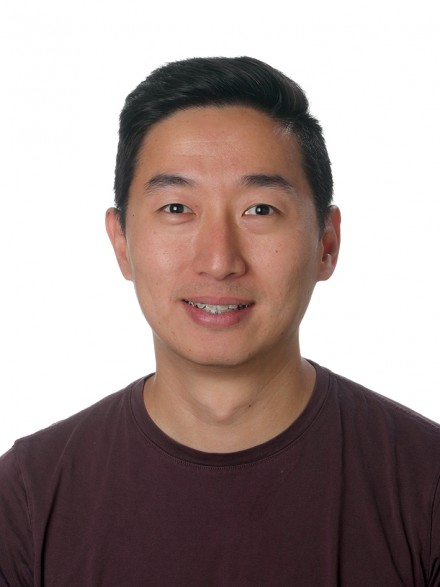 Dr Wil works on the RIPE Project (Realizing Increased Photosynthetic Efficiency). RIPE is a multi-institutional research project that aims to engineer plants that more efficiently turn the sun’s energy into food to sustainably increase worldwide food productivity. The RIPE project is funded by the Bill and Melinda Gates Foundation. Wil Hee works with Professor Dean Price’s team at ANU. Will finished his PhD at ANU in 2015, where he worked under the supervision of Professor Adrianne Hardham. Wil’s work focuses on research on tobacco transformation and cloning. 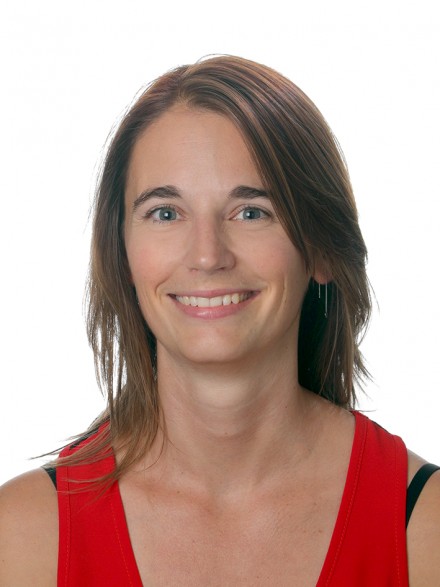 Sarah works with Chief Investigator Dean Price at the ANU Node. She is synthetic biologist with experience in working on membrane transporters. She previously worked on transporters in Dr Colin Scott’s lab at CSIRO Black mountain. Currently she is working on RIPE projects related to transferring functional bicarbonate and CO2 pumps to the C3 chloroplast, with a view to improving photosynthetic CO2 fixation. 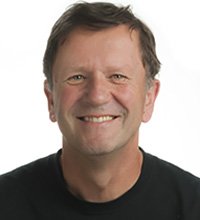 I completed a BA (Joint Hons) in Archaeology and Geology at the University of Bristol, England, in 1976 after several archaeological field seasons in Iraq. Following university I moved to processing seismology in England and Ireland, rising to Senior Seismologist before moving to the oil industry in Calgary, Canada at the end of 1980. I then rose to Senior Exploration Geologist before quitting the industry in 1986 to become Keeper of Archaeology for the Jersey heritage Trust (Jersey, U.K.), caring for the island’s archaeological museums and remains. This was followed by a move to McMaster University (Ontario, Canada) in 1990 to start a PhD on lead isotopes in paintings. I never got to enjoy the lead because I was shifted immediately to studying oxygen isotopes in animal bones. I completed the PhD largely on beaver teeth and human bones and moved onto several postdocs examining speleothems and then teaching. Late in 1997 I moved to the School of Environmental Sciences at the University of East Anglia in England to help run the stable isotope lab there. In 2001 I came to the Research school of Biology as a Research Officer in stable isotopes for Professor Graham Farquhar. 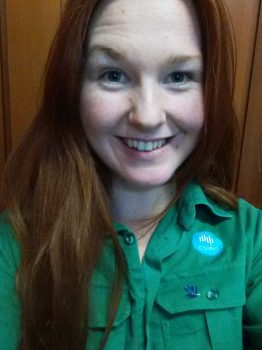 Demi is doing a PhD supervised by Centre researcher Dr Rob Sharwood in collaboration with CSIRO, investigating the prospect of building climate change resilience in cotton through translational physiology. Specifically, Demi will be interrogating the biochemistry and physiology of an array of cotton species and cultivars in a bid to uncover diversity in Rubisco functionality within this important fibre crop. 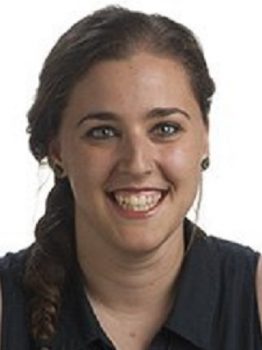 Annamaria’s research focus are aquaporins. Annamaria completed a PhD with the ARC Centre of Excellence for Translational Photosynthesis in 2020 and is now working as a postdoctoral researcher with Associate Investigator Caitlin Byrt at ANU. 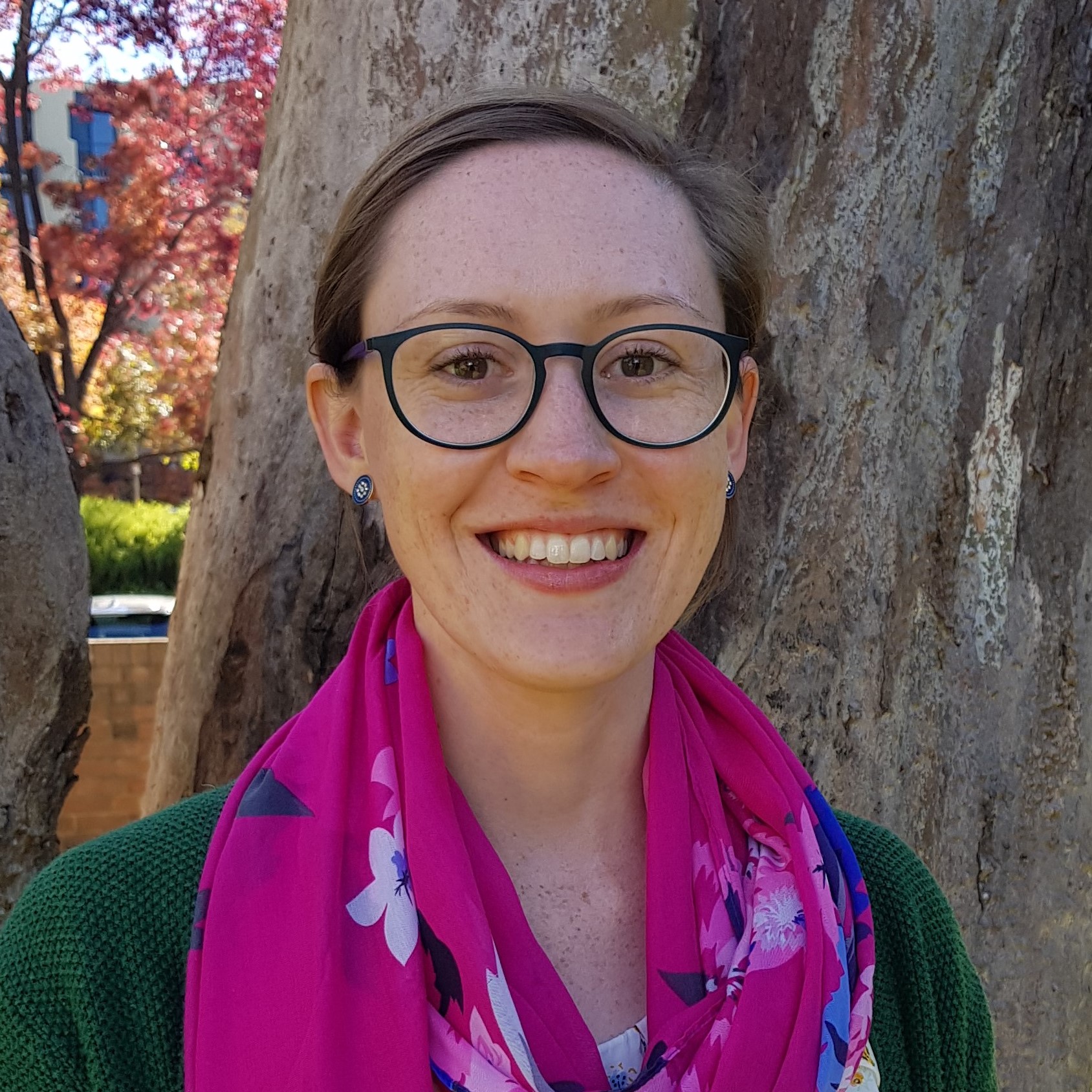 Jay Ridgewell completed a double degree in Applied Science (Biochemistry) and Education (Primary) at QUT in 2008 and a Graduate Diploma in Science Communication at The ANU in 2009. Jay is the meriSTEM project coordinator.